So supposedly we have a new world order in the job market and methods of seeking income in trade for your skills and services. Sure, I have been a "private contractor" for awhile now getting hired to be a performer at parties or provide entertainment services or working as a brand ambassador or hired by temp agencies. This has been all fine and dandy however when I started a few weeks ago looking to supplement this meager income that's earned me no more than $10 grand a year EVER so that I might actually break out of mere starving artist status, IT HAS BEEN A FREAKING NIGHTMARE!!!

First of all there's tons of bloggers out there who live off of affiliate income and will affiliate with anyone. It's actually a lot easier and likely more profitable to just sign up as an affiliate and start recommending and funneling traffic towards a website from the millions of desperately seeking searchers online just like myself. Just because a blogger (or writer/reporter since there's no difference between news and "news") says that something pays people for doing things certainly does not mean it will nor that the blogger tested that aspect before saying it. So far from my experiences the majority that do actually pay you, only pay you pennies or are completely flooded with decently skilled workers living in India where pennies may work out to be of some actual value in currency exchange. In America where even the lowest minimum wages are $5 an hour which is still not anywhere close to substantial compared to cost of living, these are scams! Slavery has been abolished already...

I'm going to start blogging about each and every experience so that if you are like me then perhaps I can serve you with a warning to avoid them! None of us like wasting our time. 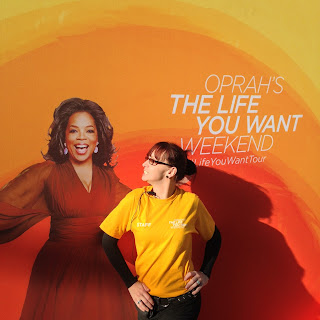 Stress kills and this overwhelming feeling I get every day that passes me by that I have not achieved my goal of simply having more money coming in than going out of my bank account is not improving.

scam #1: Spare5
This one was recommended in a book I found on Amazon called Active Income Streams and as you can see after a good long hard evening I have earned myself 61 cents. 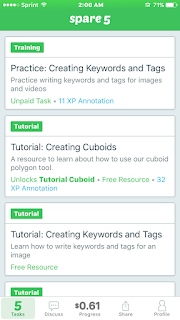 scam #2: Freelancer.com
Now this one I found surprising! I used this site to hire some Indian graphic designers and bought my logo, some posters, and other really cool designs from people before so I when I decided to give it a shot and turn the tables from being a cheap American starving artist/business owner to an "okay I'm really fucking starving now" freelancer willing to do just about anything for work it was not so pleasant. I got hit up to be a webcam girl aka "special chat friend ;)" on skype for $250 and #suckit I mean #shutup when I hit accept figuring that every hiring person would be as kind as I was when I offered to pay the runners up in my logo contest consolation prizes.. so nothing bad could happen if we just discussed stuff in sorta person, right? Wrong. I immediately received a notification from paypal that I PAID FREELANCER -$25!? Yup. Apparently they just go right on ahead and collect their 10% commission on your future to be completed and then approved and then transferred and hopefully released to you income!! Get this too ~ an employer can delete a job listing/offer for $5 so in theory you could potentially do the work or chat porn thing and then go to collect your completed payment and it's long gone leaving you with nothing to even try to dispute that you are owed. Omfg, and no.. this did not happen to me because I was already freaking out about my lunch money being gone to pick up my skype calls. I'm just sick that I'm going backwards and decided to quit for the night and write a blog instead.

PS. There's no affiliate codes in this blog entry but I think there's ads on my blog that have earned me a grand total of maybe 40 cents in the time it's existed so don't click em if you don't want me to get a fraction of a penny from google or amazon. Cheers ~

Wow! That made me tear up a bit. I feel privileged. I'm a spoiled white girl who grew up in the suburbs and still gets help from her parents. But as a female who's been raped, grew up pagan in the bible belt, battled with addiction, worked in the service industry my whole adulthood, I'm not a an utter over privileged spoiled fucking brat! How about that...

How Privileged Are You?

The best people possess a feeling for beauty, the courage to take risks, the discipline to tell the truth, the capacity for sacrifice. Ironically, their virtues make them vulnerable; they are often wounded, sometimes destroyed.

Getting ready to move out of my dream apartment tomorrow to a slightly more affordable one I will be living in with the blessed assistance of my parents (yes, I'm extremely lucky to have financial help). I've lived here at my current residence for 8 years now and I'm sad to leave. In 2004, when I first moved in, rent was $650 a mo. Let's say hypothetical, which is close to the truth as I was waiting tables at the time 5 days a week getting tips but closer to 30 hours than 40.. I was making the Wa state min wage of $7.16 an hour x 40 x 4 = $1146 a mo so rent of $650 was a tiny bit lush but completely doable. My rent has now skyrocketed to a whopping $1450 a mo! So let's say, once again hypothetical, if I were still employed in that same career or min wage range as many of the 99% are I would be making the new 2012 Wa state min wage of $9.04 an hour x 40 x 4 = $1446 a mo or $4 shy of any chance to actually pay my rent. So while my rent has increased a total of $800 a mo in 8 years my salary has only increased by $300 a mo. Now we can add in the rising price of food and gas or bus fares if we'd like to but you see the point.. There's a major problem happening in this country that not only affects the middle class but practically eradicates the lower class into a permanent state of homelessness or death!
at 10/20/2012 No comments: