If truly it can be summed up, as Glenn above presents, in measures of equality in opportunity and the resulting outcomes of each then we must be clear to define what allows for equal opportunity and what inhibits potential outcomes of equal effort. If you went to school for 17 years completing a program with a 3.6 that suites your personal interests and utilizes your strengths and so did everyone else who now works 40 hours a week, should you be paid according to your level of authority or your level of necessity? Who gets to determine such things? Conservatives say government should not regulate industry which means the decision falls to those in authority and this obviously brings about inequality. Liberals take liberty in governing such things as a Democracy states they are representatives of the people who the majority of which are underpaid drastically compared to the CEO of the business that employs them. This brings us to measures of opportunity which are first and foremost concerned with our basic human needs for survival and then navigating the economic possibilities: food, water, shelter, medicine aka healthcare must readily be available for an equal survival rate and before such system is in place liberals will fight for this level of socialism because the current conservative state of affairs has people and their children dying without any opportunity to escape their fate because they do not make enough money to meet their needs no matter how much effort they're willing to contribute. This is where liberal programs such as food stamps come in because the thought is if they aren't starving then they will continue to go to work so that the fat CEO can continue to make millions. If we have no workers, we have no rich authority. If we have no tax payers, we have no government salaries. Here is where the line is drawn between political parties and the terms liberalism v. socialism because the conservatives claim that liberals only seek to sustain the democracy which gives them authority and not to offer equal opportunity to the people who elect them as representatives. Conservatives want everyone to pay equal taxes despite the fact that some can't afford food and shelter while some can buy several apartment buildings and throw banquet parties to show off how much money they make. If you own a building instead of have to pay rent it's easy to say that someone on food stamps should get a job and quit being lazy because you're able to make money doing nothing and meanwhile everyone working 40 hours a week agrees with you despite being in debt for their home, education, car, and complains of too high insurance premiums. They believe they are conservative and that liberals are trying to take away their fundamental needs in the form of taxes for programs to help minorities but this is a lie! A true government of the people, for the people, and by the people is going to take liberties towards socialism in order to provide equal opportunity for every citizen. Communism opposed to liberalism would go a further step and forcibly instill a system of equal pay and has a bad reputation because of the required use of force and suppression of opinion to see such a thing put in place and not because of it's intended social outcome. We know now that this kind of force can be terrible and lead to a fascist oligarchy. This is not liberalism within the confines of democracy but it is a potential outcome of conservative capitalism in governing.

Glenn is incorrect on "Socialists believe in inequality of opportunity" because that is in fact Capitalism currently the system in place. Opportunity, before government has any say, is provided for according to the amount of money people have earned or have the potential to make which is steadily increasing in inequality especially while social programs of the Obama administration to assist in leveling the field for healthcare availability for everybody including children of those people who can't sustain their most minimum needs much less provide for opportunities for their children, and tuition debt for those who managed to survive to see adulthood and wish to join the workforce. Conservatives believe in "inequality of opportunity" only they call it "equal" because they seek to relinquish taxes that are higher on the wealthy. Equal taxing does not lead to equal opportunity when "job providers" pay minimum wages to make maximum profits and pay the least amount of taxes. This system is verging on true Communism where people die for resisting slavery and their representatives are suppressed by the powers that be who use terms like "patriotism" claiming it's their natural born right to be the ruling class who should be worshipped for granting minimum wage when they have the authority to pay even less if they so choose. This is called "fair" by Trump and Conservatives. Also called "freedom". People are dying without healthcare before they can attain to the limited opportunity of acquiring a lifetime of debt to be paid. Tell someone with cancer to "get a job". Addicts are told the same thing for the fact that they turned to drugs to help overcome their hardships as they're intelligent enough to know there is no use in trying to raise a family because to do so would mean lying to their children on a daily basis... I digress, sick people don't recover in a sick society with a conservative democracy. Liberal measures must be made to assure the social welfare of society before there can be any figment of "equal opportunity" and the American way as it once was billed to be.

Patriots seek to regain their freedom by emancipation of conservative mind controlled terms used to provoke mental and life long financial slavery calling it entropy or survival of the fittest. They are unfit to rule when fitness is no longer required to be financially stable in the form of labor. Let us not be deceived in the name of Justice! Amen. 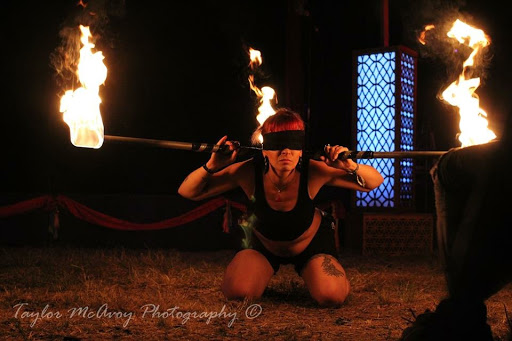