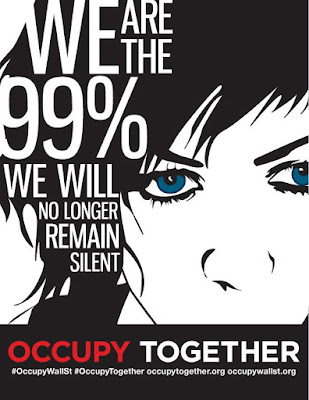 So last night when I was walking around on stilts during the general assembly meeting of the Seattle Occupants a guy randomly approached me and asked "so how do you determine the 1%?" Not particularly a conversation I felt like having especially while hobbling on stilts (I prefer to cruise around so I work a larger group of leg muscles otherwise I'll cramp up and be sore as hell..) my first instinct was offense since I was obviously not on the same level as him so why did he so aggressive approach me 2.5' above him to dig into a debate with? Well, I suppose it could be argued that I had asked for it since the sign in hand said nothing but "we are the 99%". Being an absolute retard when it comes to mathematics and having no idea who or how those statistics came about nor did I bother to check my resources before selecting my signage, I do hereby declare myself a hypocrite AND will be sure my next sign says something I can get behind 100% but also give an intelligent rebuttal to any dissent. Plus I did attempt to research those quoted demographics today but I will humbly admit that I am not qualified to EVER speak in numbers assuredly as if they're actually factual stats! 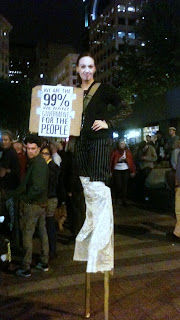 However this article in Vanity Fair (don't laugh.. it really is well written) Of the 1%, by the 1%, for the 1%
allowed me to come up with a much better response to that question without having to argue sources and fear of incorrect calculations. THE 99% ARE THE PEOPLE WHO GET 1 VOTE FOR THEIR LOCAL REPRESENTATIVE. THE 1% GETS TO VOTE ON EVERY SINGLE BILL THAT COMES THROUGH CONGRESS WHILE OUR NEEDS & CONCERNS ARE INSIGNIFICANT. 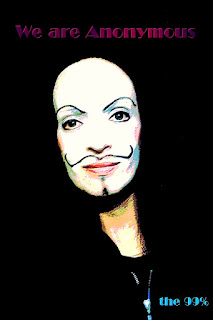 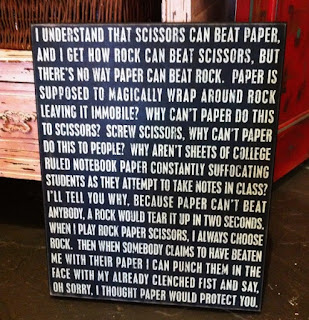 I read an on this psychology study on the psycho-pathological tendencies of brokers on Wall Street on my Discovery News iPhone app which was fascinating. About an hour later I came across a campaign to support the protesters currently staging the Occupy Wall Street campaign and decided to go back and retrieve the link to it AND IT WAS GONE!! So I'm now taking it upon myself to find what few sources still remain accessible to the general public NOW in the US and blog some quotes with links that I assume will still be available archives even though all the reputable major media companies are suddenly dropping these kinds of stories at unreasonable rates leaving them to appear as if they exist only in the minds of conspiracy theorists and criminally contentious activists. Honestly, who do you believe to be more insane, those who would control all the world's resources for their own greedy purposes and enslave the world's population in unnecessary perverse poverty? Or those who would call that a unconscionably corrupt conspiracy? 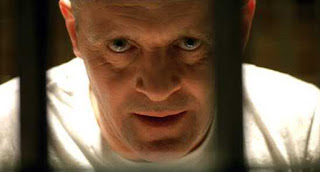 From The Huffington Post by Alexander Eichler (First Posted: 9/26/11 05:50 PM ET Updated: 9/26/11 05:50 PM ET)
Stockbrokers More Competitive, Willing To Take Risks Than Psychopaths: Study
A recent study from the University of St. Gallen, in Switzerland, goes one step further. The research, led by forensics expert Pascal Scherrer and prison administrator Thomas Noll, finds that professional stock traders actually outperform diagnosed psychopaths when it comes to competitive and risk-taking behavior.
According to Der Spiegel, Scherrer and Noll had a group of 28 stockbrokers participate in various simulations and intelligence tests, and then compared their results to a group of psychopaths.
They found that the traders showed a higher degree of competitiveness than the psychopaths -- and that the traders were surprisingly willing to cause harm to their competitors if they thought it would bring them an advantage.
http://www.huffingtonpost.com/2011/09/26/stockbroker-psychopath_n_981950.html?view=print&comm_ref=false 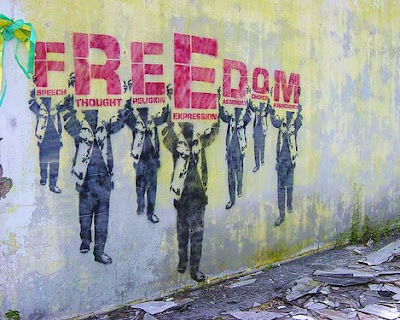 “I sincerely believe the banking institutions having the issuing power of money are more dangerous to liberty than standing armies“.
~Thomas Jefferson
“It is well enough that people of the nation do not understand our banking and monetary system, for if they did, I believe there would be a revolution before tomorrow morning.”
~Henry Ford
at 9/27/2011 No comments:

when the fat banker sings.. run for the hills!

Just so we're clear.. Everyone does realize that the money does not exist, right? Never really did even.. It's supposedly legal tender or trade notes, IOU's essentially, for gold and silver bullion which is a pain in the ass to carry around in your purse apparently. Here ~ 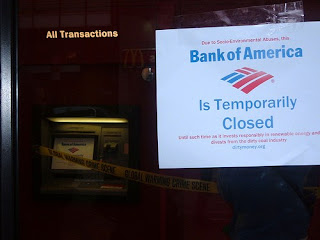 So this means that all those home loans, car loans, mortgages, and any other kind of "credit" was issued, offered, or loaned out by people who didn't really have anything whatsoever but a buddy who will hook them up with a continuous flow of paper making it seem like they're loaded especially since the big dollar amounts go on money orders and/or cashier's checks. The big secret maneuver of the banking business is the classic 'fake it until you make it'. They stood to gain a tremendous amount in interests to the extent that even future forecast of predicted interest earnings too would be printed on paper and beg/barter/bought/sold for a steal.. or so they thought.

I can't believe I didn't see it or rather it hadn't seeped in yet what this whole Comet Elenin scare & frenzy is really all about. The sky IS falling! Just figuratively more than literally. The economy is truly now on the verge of utter and total collapse!
"The federal agency that oversees the mortgage giants Fannie Mae and Freddie Mac is set to file suits against more than a dozen big banks, accusing them of misrepresenting the quality of mortgage securities they assembled and sold at the height of the housing bubble, and seeking billions of dollars in compensation." ~NY Times http://nyti.ms/pHuffD 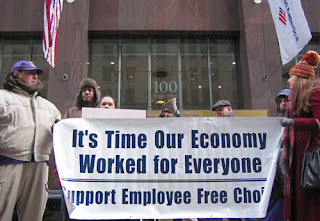 According to a documentary I watched earlier this evening the value of the dollar would need to decrease by a rate of 98% in order to equal the value of the current federal gold reserves (if they even really exists.. a full inventory count hasn't been done since 1971!) This means that if only 2% of the  cash flow including bank/savings accounts, mutual funds, and stock investments were suddenly cashed in as in WE JUST MARCH INTO OUR LOCAL BANK OF AMERICA AND SAY WE DON'T LIKE THEIR NEW FEE SYSTEM THEY'RE TRYING TO USE TO COMPENSATE FOR THEIR LAWSUITS.. WE WISH TO CLOSE OUR ACCOUNTS AND DO HEREBY DEMAND OUR GOLD BACK!!
that's it... collapse. 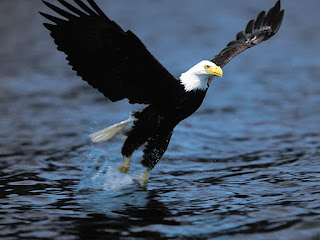 FREEDOM! :D
"None are more hopelessly enslaved than those who falsely believe they are free. "
~Johann Wolfgang von Goethe
at 9/03/2011 No comments:

more conspiracy something.. won't insult science by using the word "theory" because this is pure lunacy! people will believe anything? it's completely baffles me. it's like they know change is coming or no.. it's like they're ready for a change, a very major change but they haven't realized yet that this change comes from within. they don't grok as above, so below. so they look up and so sincerely expect to see something off or unexpected and they welcome it because they really long for change but aren't willing to change their themselves nor the way they live so they expect some dumb comet, or planet, or mothership to come force them to evolve. can't wait til it's 2013 and everyone calls it y2kpsyche and laughs like they never believed it when the truth is change has come! you just create your own reality so if you're not willing to change you'll never see..

anyway about this video above.. page is full of people's comments about comet elenin (which is about 2-3 miles or kilometers wide max) is causing the moon to wobble or planet niburu is behind it and all that kind of shit. power of suggestion is potent. all of a sudden everyone else seems to recall having noticed it as well. no one mentions the fact that you can't see the ground to orientate your vantage point... yeah, fucking 2 second edit to flip a stupid video 90 degrees! really. easiest hoax in the whole entire known universe! what fools these mortals be
at 8/23/2011 No comments: