I let myself get a little down for the last hour or so because I am once again alone. I like being around people.. I'm a very social person who's claustrophobic. Dichotomy. That's been the word of the day.. or polarity and thus paradox. Success is always tempered... but the show must go On!

I'd say I certainly felt the full spectrum of emotions while working on this event. From pure elation to total breakdown.. all at once tonight even. I've never felt so dignified and utterly humiliated, proud and humble, surrounded and alone. The show was Brilliant!! Btw... heh :)

I was a model. I did both terrible and fabulous.. I was insecure and confident, nervous and calm... Love hurts! I love the work that I do but it hurts that I'm not paid much for my time and effort. Where does the love go? It doesn't seem to come back all that much... One more time with feeling? I feel too much!

I'm gonna write way more about this event and my experience as Model Liaison.. how much was involved in the planning of it. For now I'll just say EPIC

One week later 3/7:
.. with whole lot of deep self reflection and a bit of aftermath observation from a nice eagle eyed vantage point instead of sitting poolside or teaching kiddie pool wrestling classes at the Y to the next future go go dancing girls of america... I honestly have very little to say at all for American Gothique Magazine and hypothetical production company attached because I realized a lot of been there done that and have zero interest in repeating old high school glory days! I played "Alice" my senior year (in Wonderland) and I did the yearbook staff my sophomore year for some reason but it was kinda cool how I appeared to be about the most popular girl in my whole class that year but it was only the fact that I got to know the intensely shy quiet introverted boy who'd let me hide out with him from all the other stupid shit in the darkroom where images appear and everything else dissolved into fumes that don't care... I truly understand if you haven't had a Disney Princess moment and need to know that you truly are queen of your very own snowglobe.. by all means every girl deserves that! Just don't ever play poking games with guys in your scooby clan.. I repeat NO ROCKING THE MYSTERY MOBILE swear!? Not pimp unless you're into Austin Powers b&d humiliation.. oh and never trust a pirate but duh that's a no brainer.. I sound like Buffy the Vampire Slayer? Beware the ides of March and with that I'm just gonna *poof* DISAPPEAR woo hoo for rose tinted smoke & mirrors! :P 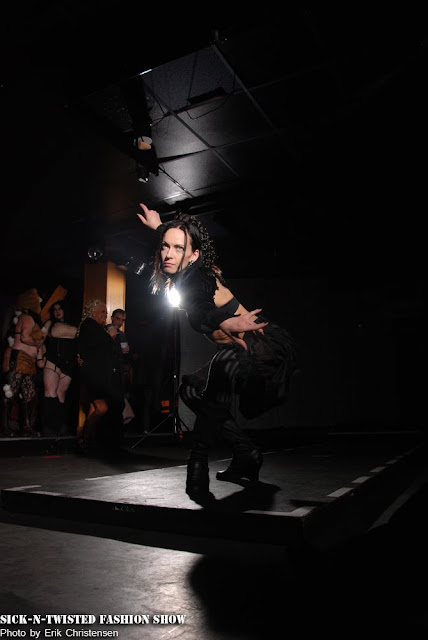 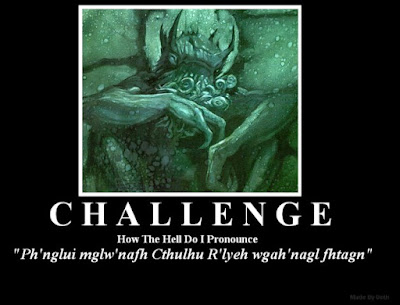 Christ, I dunno what's going on but I keep catching myself feeling like I'm at the center of some sort of conspiracy plotted against me all caused by missed perceptions or projected ambitions. Well, I'm not Fhtagn'ing around with that wgah'nagl...

I am turning
Turn around face me
As we shuffle
Cards like stars
Like pinholes to heaven
Peeking through
This veiled bankrupt world
Like angels light in dungeons
Hopeful and hungry
As burning torches
A rainbow from a lizard head
Arches over chimney rock
The quiet thunders
In some old canyon
Virtue is on the move
Life and time changing shape
I think to call you out
But I wait
For desert rain is good
Loneliness is strength
Stand with my face to the sky
There is no why
Just life
The passing of moments
I am parched but fine
Cruel is kind
Curse is blessed
I don’t know about the rest
However it is best
Awake the sleeping lion!
-Freedom

I think too much.. take everything as a subtle sign meant to gently nudge from the recesses of my mind some sort of blind truth towards the light of my cognitive consciousness, wincing while I brace for its bite. In this way I have sabotaged some of the sweetest moments, cautioned by a careless kiss. It's not my will to be so vexed with every fleeting thought, but beneath me where the surface lies the pressure has been built. If only to blow my mind in time that the truth will never hurt...
at 2/05/2010 No comments:

I'm happy! That's all I really need to say right now.. it's been awhile though since I could even mumble the notion.. not sure why at all but all I know is that life can be GOOD fer sure! LIVE YOUR DREAMS! Those who do not follow their dreams will all but thwart yours... LIVE! Damn you.. You have my blessings by all means. Dunno what you're waiting for but if you think it's just gonna blow then might as well toot yer own damn horn... yep.
at 2/04/2010 No comments: