How to go from Green to Brown Hair in 20 min! 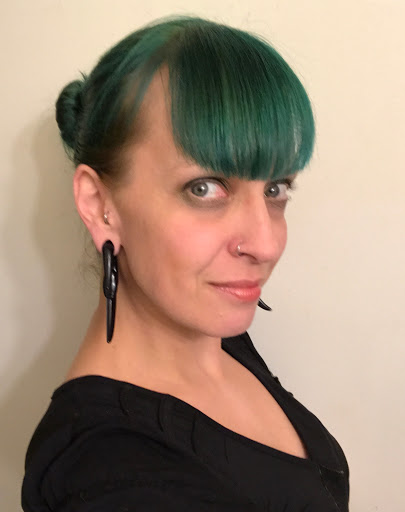 I absolutely LOVE wearing any shade of aqua, turquoise, and/or dark teal green hair!! For the photo above, I did a few bleach washes to get to an light orange color and used Manic Panic Voodoo Blue. But I was a little low on funds and accepted a Shiftgig freelance shift for a Microsoft event at the Convention Center without even thinking about the possibility of a dress code. The night before I worked and went to look over the event details to prepare to be in uniform (black collared shirt & black slacks ~ no visible tattoos and only natural colored hair!?) Uh oh 😱 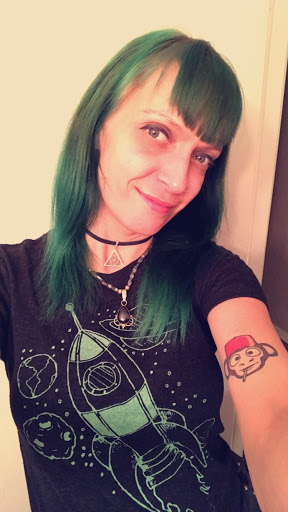 So I got up plenty early that morning and ran to the drug store in search of a red temporary hair color to cover up & counter balance the green. I was hoping for one of those “shampoo in” colors that last until the next time you wash your hair varieties almost like the halloween hair spray crap but they only had it in brown which won’t work at all and only make the green a darker forest green so I had to buy a semi-permanent Colorista red which is going to stick around a couple weeks at least, in fact I think I’ll have to start over with a bleach shampoo if I want my green back but we’ll see... 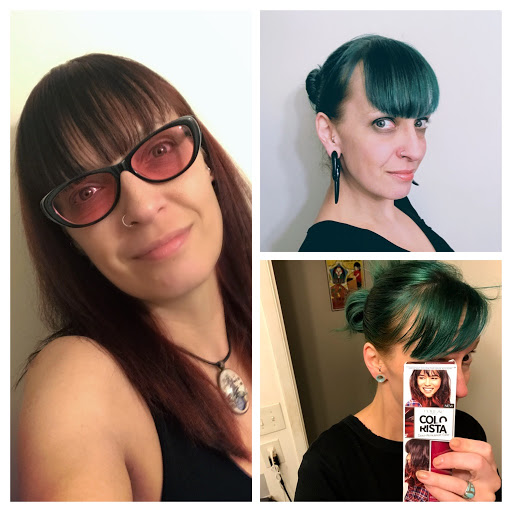 20-30 min later I have a boring basic reddish dark brown and they never knew how close I was to showing up all to get sent back home with negative marks on my future shift eligibility. It 100% worked and the secret is using a true red (not mahogany brown but straight primary colored red) and it turns a nice warm brown easy as pie. 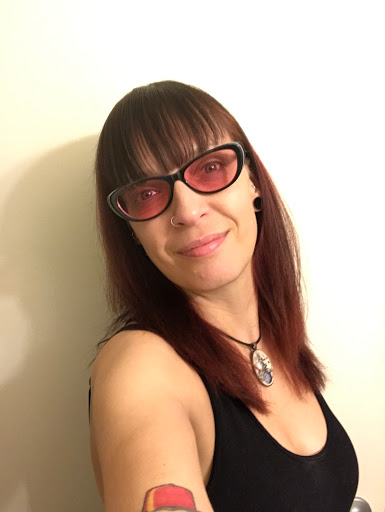 Woe is Man Unto the Woman 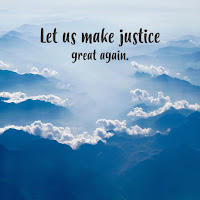 Seek ye the TRUTH and the truth shall set you FREE: 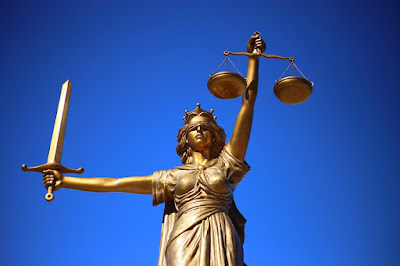 On Reason, Rational Thought, and the Nature of Reality

There has always been an invisible or exceptionally blurry fine line between reality and accepted religious convictions. This is why the founding fathers of this country, in their most insightful intelligence, declared a separation between church and state so that the two could be free to exist autonomously. Opinions do not get to convict and subsequently condemn members of a free will society to death for each individual’s own right to govern their own bodies and make their own decisions according to what they think or feel is right for them at any given time. Cells growing inside a person’s body can be called a virus or a bacteria, normal or cancerous, good or bad, life form or parasite. We do not have proof that a tumor has intelligence, consciousness, or a soul, however we do have proof that they drastically alter the potential course of a person’s life and we are often able to change it provided the person is willing to voluntarily poison themselves to just short of the brink of death. Liberals think the option should exist for every individual while conservatives say they shouldn’t be taxed to pay for it. Religious scripture says “love thy neighbor as thy brother” while the distorted human interpretation of this same document says that their neighbor should have to suffer with the results of their actions while declaring themselves forgiven for being imperfect in thought and action. Thankfully we have a system in place of checks and balances to prevent any one individual’s adopted philosophical or religious opinion with which they choose to govern their own life has final say over another individual from getting to make their own choice regardless of the possible fallacy of human belief or perception.

So too until recently has there been a division when it comes to the results of what’s known as the scientific method that’s used to test what we think we know and refer to as “reality”. Physics has now proven that this notion of reality and the concept known as time is both relatively universal and strictly a matter of perception. By this now known fact I propose we suspend our disbeliefs and relinquish our capacity to determine what is crazy thought and behavior compared to what is correct perception and adhered to rationalization. For we can not know the difference between what the organs of our bodies perceive from person to person nor follow the train of thought from this sensory input in the computational organ called the brain of each other to come to a definitive final conclusion of them. Get over it! Quit calling people crazy and collectively ostracizing them for it because crazy people make crazy people act crazy and everyone suffers from these consequences in the end.

Love one another with burning hearts! Respect autonomy and free will or you will be damned to pay the price of losing it and nobody wants that, yeah? Just do it then. K. Peace 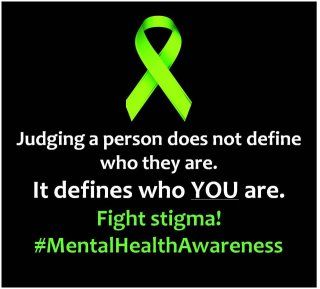