Jupiter Return:
This influence indicates the beginning of a new cycle of growth and progress. However, it is often the focus of exaggerated expectations. You may expect sudden windfalls, great wealth or luck, and all kinds of wonderful opportunities. And these things do happen sometimes with this influence, but most people should expect more subtle, but equally useful effects.

Events now, such as meetings with persons or even changes in your psyche, open the way for you to become wiser and more mature and to have a broader understanding of the world. At this time you will reach out consciously and unconsciously and ask more of the world, but at the same time you are willing to give more to the world.

This influence can make you feel either more demanding or more giving toward others, but you are not likely to get much out of it if you think only of what you can get. The law of conservation of energy in the universe says that you can transform the energies in your life from one form to another, but you cannot create them out of nothing. This influence represents a time when you should see whether you are doing that in your life.

Concretely, you can expect persons who are good for you to come into your life. Or circumstances will arise that give you increased freedom or an opportunity to do something that you have never done before. Educational opportunities may come to you at this time, or a chance to travel. Sometimes this influence does in fact bring about financial advantage, but you should not sit around passively waiting for it to happen. This is an excellent time to invest or expand in business as long as you are very careful not to overdo it or overextend yourself. 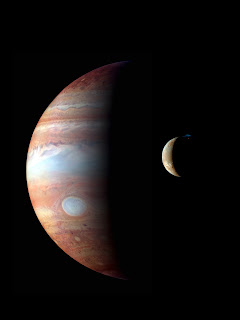 Email ThisBlogThis!Share to TwitterShare to FacebookShare to Pinterest
Labels: astro-geek