Terrorism: (noun)
1. the use of violence and threats to intimidate or coerce, especially for political purposes.
2. the state of fear and submission produced by terrorism or terrorization.
3. a terroristic method of governing or of resisting a government. 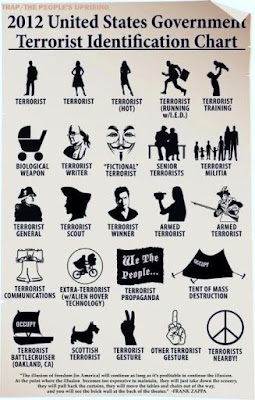 So it seems like the American government has a real chip on its shoulders about the whole Occupy Movement. That's okay because a house divided against itself can not stand and for the rest of us it may just be a blessing in disguise because we will soon hit the point of zero tolerance and start to change the language back in on itself.

I CALL FOR ARTISTIC USES FOR THE WORD "TERRORISM" 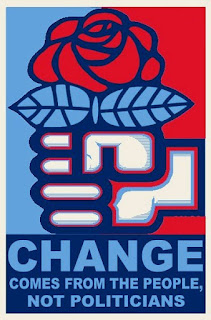 If it becomes an overused meme then we don't know what it means.. actually I already don't since the "terrorists" are the ones waging war on "terrorism"! I hear by am terrorized by Congress, the President, and our Police force who swore to protect the Constitution yet are aiding and abetting the terrorist agenda which is threatening to remove all remaining "freedom" in the name of "protecting freedom"

War is Peace, Freedom is Slavery, and Ignorance is Strength 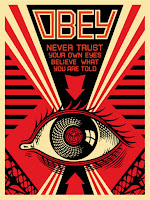