Got to have Faith

My transiting aspects of astrology is almost impossible to interpret without advanced knowledge + skill and even then the experts will have to spend quite a bit of time in contemplation to fully grok it and be able to explain to me what's going on. My dear friend, Austin Coppock, was at a loss when I was freaking out with irrational bouts of anxiety from the triple conjunction (Neptune, Jupiter, Chiron) sitting precisely on top of my Sun sign while my in my Probationer year which written instructions had me practicing Resh. To his credit all the expert astrologers were still struggling to explain the newly discovered Chiron and how that triple conjunction was effecting the population in general, much less someone who was personally activating her highest powers with it in precise alignment. Jupiter in Aires is the strongest aspect in my chart. Well, some would say my moon in Cancer but I say that there's nothing strengthening about having your Moon precisely conjunct Saturn and opposite Venus. I have a double T-square or conjunct T-square.. don't think there's a name for it because I doubt it's common enough. So any would be computer generated horoscope interpretation is never quite correct because it fails to consider all the oppositions causing things to cancel each other out or be way more significant or just different and almost unexplainable. Complicated is a word that maybe scratches the surface. I'm use to knowing things without an explanation for why or how. I know something AMAZING IS HAPPENING RIGHT NOW. 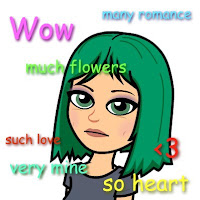 
I feel really strange! Oddest sensation EVER is your heart on fire with a rush of chills from head to toe simultaneously. Thought maybe I was hungry but couldn't feel my stomach for swooning. Ate and nah, still there. It's like a half asleep in the clouds while half perfectly grounded and yes, I meditated a little while ago and drop cords so that's not it either. It's magnetism. That's what it is and I don't care to explain because someone else is on the other end so I am not alone anymore and won't be for a very long time from now but time isn't relative in the here and after. I am blessed, oh so blessed... <3 namaste="" p="">
at 1/07/2017